Staking on a PoS (Proof of Stake) chain is a block generation (minting) system whereby any user who has the minimum required amount to stake, can attempt to guess the nonce of the next block in the blockchain. Whereas PoW (Proof of Work) blockchains require miners to have a minimum hash rate and generally very expensive high throughput computers, staking can be done by an individual on their home pc.

This makes staking a much more interactive and environmentally friendly method of block generation.

How does it work?

Staking nodes alternatively known as full nodes, download a full copy of the blockchain and then, once staking is activated, will begin to attempt to guess the nonce of the next block in the chain.
PRCY uses PoSV3 as its staking method.
PoSV3 requires the user to “lock-up” their coins as a form of collateral in order to activate staking.

The reason why this collateral is required is that staking is akin to buying lottery tickets. The more coins that are locked up, the more tickets a user has in the lottery.
Whilst this does not guarantee that the user will win the lottery, it does mean that they have a greater chance. This number of locked up coins also affects the difficulty.

The difficulty is quite simply how difficult the nonce of the next block will be to guess. The higher the number of coins locked up, the greater difficulty your staking node can guess.
But this difficulty cannot simply always go up, because if it did, the chain would eventually slow to a complete stop. This is why difficulty is re-targeted after each block in order to ensure that the average block time of the chain is kept in sync. This means that with PRCY – even though we have an average block time of 1 minute – sometimes more than 1 or less than 1 block may be generated in a minute.

How do I start staking?

This is a very simple process:

That’s it. It is literally that simple.
To turn staking off, simply go back to the settings screen and turn it off.

What are PRCY Staking requirements?

PRCY requires a minimum of 2500 PRCY in order to start staking.
Staking wallets (currently desktop only) must be running, connected to the internet, fully synchronized to the blockchain, and unlocked in order for staking to be active.

If any of the above requirements are not met, staking will not be active and no rewards will be received. 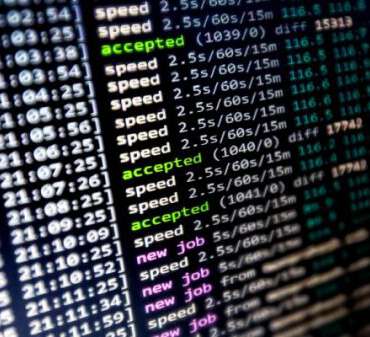